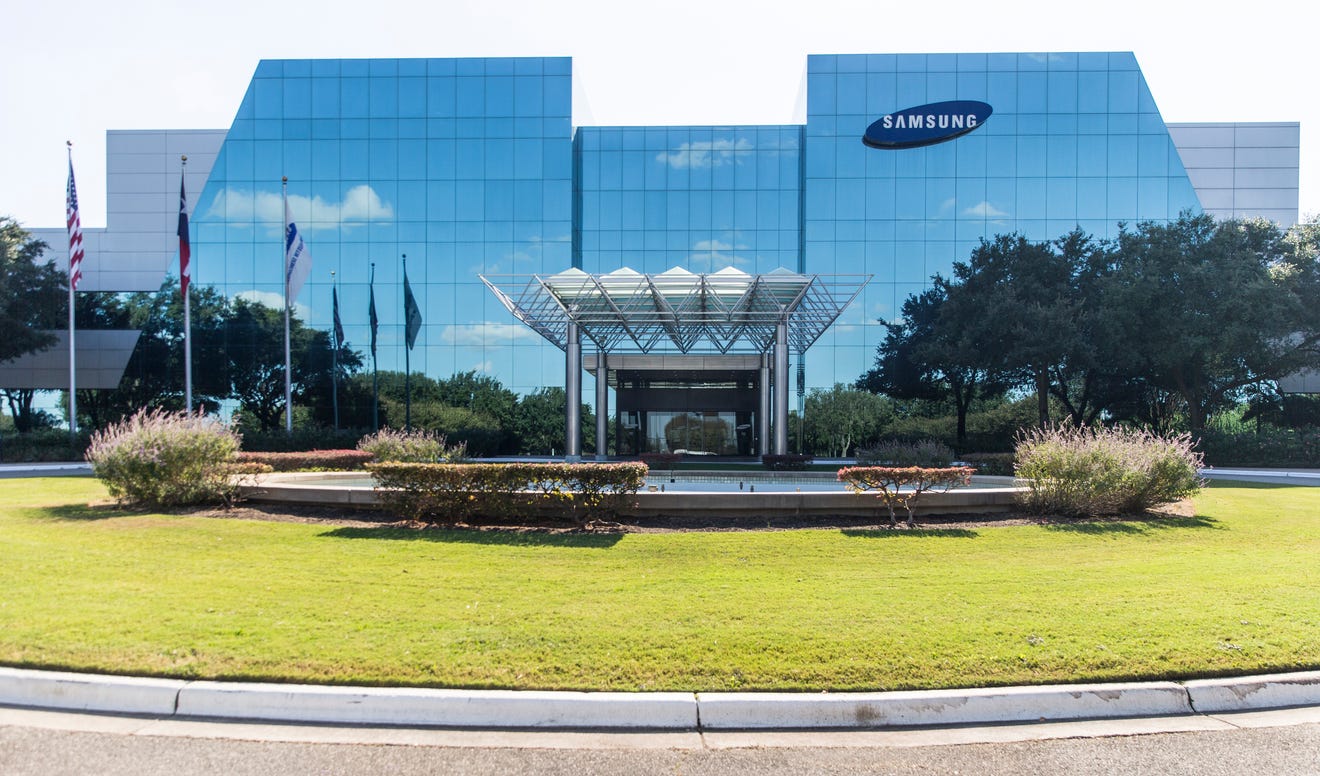 Samsung could build a $10 billion advanced logic chipmaking plant in Austin, according to media reports, potentially adding to the company's existing multibillion-dollar facilities in Central Texas.

If it happens, the Samsung expansion would add to a series of recent stunning wins for Austin's technology sector. In just the past six months, Austin saw electric automaker Tesla pick it as the site for a $1 billion assembly facility and software giant Oracle move its corporate headquarters to Austin.

Citing people familiar with the plans, Bloomberg news service reported that Samsung is considering spending more than $10 billion on the plant, which could be Samsung's most advanced yet. The report said that the final investment amount could fluctuate.

Travis County deed records show that in late October, Samsung acquired seven tracts of land near its existing Northeast Austin facility. The seven tracts – the largest of which was 81.4 acres – have a combined size of 257.5 acres, according to the deed records.

In December, Samsung requested that the Austin City Council make a zoning change for three tracts of land on East Palmer Lane next to its current facility. The company asked that the property be rezoned to allow for more industrial uses.

On Friday, Samsung told the American-Statesman only that no decision has yet been made regarding a site for the proposed new facility. The company declined to comment further on the report.

Samsung is one of the world's largest memory chip and smartphone makers, and the new plant would be a significant expansion both of the company's Austin presence and of its overall chipmaking capabilities in the United States.

Samsung has had operations here since 1997, and says it has invested about $17 billion in its Austin campus through the years. The company has a fabrication plant in Austin, and it has previously said about 10,000 people work there, of which about 3,000 are Samsung employees. Samsung also has a research and development facility project in Austin.

Patrick Moorhead, a technology industry analyst and founder of Austin-based consulting firm Moor Insights and Strategy, said it makes sense that Samsung would consider expanding in Austin because it already has a presence here.

"Building and running a facility like this takes highly specialized skills and a diverse supplier ecosystem. Austin has all of these already with Samsung’s facilities and therefore quicker and easier to build and manage," Moorhead said.

An expansion of that size by Samsung would further solidify Austin as one of the nation's top technology cities and could attract even more talent and companies in the local chip ecosystem, Moorhead said. Other semiconductor companies — including Advanced Micro Devices, NXP Semiconductors and Silicon Labs — have significant presences in the region.

Amber Gunst, CEO of the Austin Technology Council, said it makes sense the company would continue to invest in the Austin area. She said Samsung has been a strong contributor to both the technology and manufacturing sector.

"They have made such an impact on our community at every level of our workforce," Gunst said. "It's not just high-paying technology and engineering jobs. It's also manufacturing jobs that are in separate need, especially since COVID came through. It just gives a lot of opportunity to Austinites to get good, solid jobs that they're going to be able to build a career around."

According to the Bloomberg report, the new Samsung facility would be potentially capable of fabricating chips as advanced as 3 nanometers. Construction could start as early as this year, with major equipment added in 2022, and operations as early as 2023.

Moorhead said an increased U.S. presence for Samsung would help the company stay competitive and would bring more of its manufacturing to the U.S.

"If Samsung were to build this facility, it would increase its ability to compete globally and more effectively compete for business in the United States," Moorhead said. "There is a lot of concern in the intelligence community that having too much dependence on Taiwan and Korea is too risky."

The potential ramp-up in U.S.-based manufacturing capabilities would give Samsung more ability to compete with other chipmakers, including Taiwan Semiconductor Manufacturing Co., which makes chips for Apple's iPhones.

In November, Samsung announced it was investing $116 billion in its next-generation chip business.

The new fabricating facility could put Samsung in a more competitive position to become the chipmaker of choice for companies including Apple and Advanced Micro Devices.

Bloomberg reported that the plant would be the company's first in the U.S to use extreme ultraviolet lithography, which is the standard for next-generation silicon. It also would potentially be home to some of the first 3-nanometer semiconductor production.

Moorhead said the technology would be cutting edge if built in the next few years. He said 3nm is significantly smaller than what Samsung currently produces, and the new chips would enable faster and lower power capabilities.

The company set a goal on closing the gap with Taiwan Semiconductor Manufacturing Co. in as little as two years, Bloomberg reported. A Samsung executive also said at an invitation-only event that the company will mass-produce 3nm chips in 2022. This would put it on track to start making the industry's most advanced semiconductors in the same year Taiwan Semiconductor Manufacturing Co. expects to pass that milestone.

Samsung's expansion would join a wave of recent investment in Central Texas, as a number of big-name technology and manufacturing companies have announced plans to relocate to or expand in the region in recent months.

Tesla announced in July that Southeast Travis county would be home to its new $1 billion assembly plant. In December, Oracle announced it was relocating its headquarters to Austin, where the company already has a significant presence.

Gunst said the influx of companies is bringing an influx of jobs to every aspect of the workforce and predicted many will end up giving back to the community in education opportunities.

"Seeing opportunities like this come through is giving Central Texas opportunities to not only go to school here, and to graduate at various levels of degrees," Gunst said, "It gives them the opportunity to stay here as well."

She said the pandemic has freed up companies to consider expanding or relocating to areas outside of the coast, like Austin.

"These really large companies were focused on being on the West Coast because that's just what they've always done. They're seeing their employees function in work-at-home environments, which gave them the flexibility to identify if they actually need to be on the West Coast or the East Coast," Gunst said. "Austin and Texas continue to be very supportive of the growth of companies, and at providing opportunities for companies to do expansion in the area."

The information being provided is for consumers' personal, non-commercial use and may not be used for any purpose other than to identify prospective properties consumers may be interested in purchasing. Based on information from the Austin Board of REALTORS®. Neither the Board nor ACTRIS guarantees or is in any way responsible for its accuracy. All data is provided "AS IS" and with all faults. Data maintained by the Board or ACTRIS may not reflect all real estate activity in the market.